You are here: Home / Archives for Troubleshooting

Having a problem with an Apple device, Mac system software, or iOS? Maybe your Mac is behaving weird, or your iPhone isn’t charging properly, or an iPad app is crashing, or something is just not working as expected? Browse through and search our troubleshooting articles and you might be able to resolve the problem!

Many users have complained that the flashlight on their iPhone 13 Pro accidentally turns on by itself. This happens while their phone is locked and, often, while it is in their pocket. On the iPhone Lock Screen, there is a (non-removable) flashlight button; the problem seems to be that this button gets accidentally pressed while […] 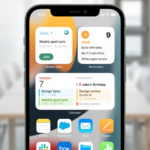