You are here: Home / Troubleshooting / iPhone 14 Pro not scanning QR code? Here’s how to fix it

QR stands for Quick Response and works in the same way as a barcode. The QR code is a square shaped black-and-white grid containing certain information—like web addresses or contact details—that you can access with your compatible device.

A QR code has certain instructions written on it. When you scan this code, your phone displays the information contained in the code. In case the code has an action on it, say it’s the details for a Wi-Fi login, then your iPhone will follow those instructions and connect you to the specified Wi-Fi network. But what happens when your iPhone 14 Pro won’t scan a QR code? There are a handful of ways to quickly troubleshoot and try to solve this problem.

The iPhone 14 Pro lets you scan QR codes right from the camera app. It’s simple to use the built-in iPhone QR code scanner:

If that doesn’t work, the chances that you haven’t enabled QR Code scanning for the Camera app. It’s very easy to enable it manually. Follow these steps.

From now on, when you point your iPhone camera at a QR code it will read the code and show you the prompt to take the proper action (usually it’s visiting a website).

Be in Photo mode

There is no special mode or toggle inside the iPhone Camera app to scan QR codes. However, you must be in PHOTO mode for the built-in scanner to detect and scan the QR code. If you’re in Portrait, Video, Time-Lapse, Slo-Mo, Pano, or any other mode, the camera won’t identify and scan the QR code.

Simply swipe left or right and make sure you’re in Photo mode. After that, point the iPhone towards a QR code and it will scan it in a couple of seconds.

Center the QR code on the screen

Often, your iPhone 14 Pro might not scan the QR code because of how you’re trying to position your phone. Start by opening the camera app on your iPhone or a custom camera app. Center the QR code squarely in the frame, being sure the code is at the center of the viewfinder. Wait a few moments, and you should see the option to open the page associated with the code.

Check your lighting and distance

It’s also possible that you are too close, too far, or trying to connect with insufficient lighting. Make sure that the QR code is focused in the frame. If the camera is having difficulty identifying the code, move closer or farther to allow the lens to focus, and make sure the QR code is lit well enough for the camera to read it properly. Move it into better lighting if needed, or have someone else shine their phone’s flashlight.

Also check your screen brightness – if it’s too low the camera may not be able to see the code And if it can’t see it, it can’t read it.

It’s not just being too close or far from the QR code that can keep your iPhone 14 Pro from reading it properly; the camera lens is also susceptible to smudges and other grime. Check to see if there is a smudge on the camera’s lens which may be preventing the code from being read properly. Give it a quick wipe (ideally with a microfiber cloth) to let the camera see the code better.

Not all codes can be scanned

There can be some QR codes that can only be scanned inside the appropriate apps. For example, if there is a QR code generated by a payment app, then most likely only that app (or ones supported) can scan that QR code. When you point your iPhone camera on such a code, it may not add a yellow highlighted border or detect the code.

Force quit the Camera app and reopen it

If you’re pointing your iPhone directly at a QR code and — despite decent lighting and good framing — the camera still isn’t scanning the QR code, closing and reopening the Camera app from the background should help.

Swipe up from the bottom of the screen to see all open apps. Next, drag the Camera app card all the way up to close it. After waiting for about 5 seconds, open the Camera app again and point it towards a QR code.

Sometimes certain things may not work correctly simply because you haven’t restarted your device in a long time. If your iPhone 14 Pro Camera QR code isn’t working, go ahead and switch off your iPhone. After waiting for about 30 seconds, switch it on. Once that’s done, the scanner problems should be fixed on your iPhone.

As mentioned, there is no toggle in the Camera app to enter QR scanner mode, nor can you force it to scan one. However, you can add the QR code scanner button to iOS Control Center. The sole purpose of this button is to scan a QR code. It doesn’t take pictures or anything. So, if you repeatedly fail to scan a QR code using the iPhone camera, this should be helpful.

Here’s how to add QR code scanner to the Control Center:

If the iPhone 14 Pro QR code scanner is not working,Updating your phone to the latest version of iOS should help. Go to iPhone Settings > General > Software Update to download and install the most recent version of iOS available for your iPhone.

Finally, if nothing works for you (and you have tried a few different QR codes), that means there is a bigger problem. Go ahead and reset all iPhone settings, which should fix your iPhone 14 Pro QR code issues.

If you aren’t having luck with your iPhone’s built-in camera, try a third-party QR code scanner app. There are many to choose from in the App Store.

If your iPhone 14 Pro camera isn’t able to recognize, read, or scan QR codes, these solutions should help you fix the issue in no time. 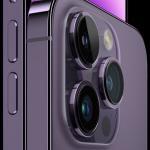