You are here: Home / Troubleshooting / Netflix not working on iPhone 13? Here’s how to fix it
TwitterFacebookLinkedInPinterestRedditWhatsApp

Netflix is one of the most popular streaming services with a deep catalog of original programming as well as licensed TV shows and movies. But do you sometimes find Netflix not working on iPhone 13? With so many users paying for the service, coming across issues can be a real problem. In this article, I’ll explain why Netflix is not working on your iPhone 13 and show you how to fix the problem.

Netflix not only has one of the most extensive libraries of any streaming service, but it’s also one of the easiest to use. Once you sign up and log in, you’re greeted with a user-friendly interface that lists popular shows to watch, as well as breakdowns by category. That said, even the world’s largest streaming service is prone to issues. From video and language to logging in and connectivity, some issues result in Netflix not working on iPhone 13 and will diminish your ability to enjoy the service. Here are some of the more common problems and possible fixes for them.

How to fix Netflix app not working ON iPhone 13

It’s rare for the overall Netflix service to be offline, but if you find Netflix not working on your iPhone 13, it’s possible that Netflix is down. Check if this is what’s going on before trying anything else. Thankfully, Netflix has its own status page, which will tell you if Netflix is down.

We also recommend using a website like DownDetector. This page collects consumer reports to figure out if a service is down. There’s even a live outage map to identify local blackouts.

If Netflix is down, the only solution is to sit tight and wait it out. The service usually comes back online relatively soon, so you shouldn’t be waiting for too long.

If Netflix won’t start or isn’t playing video, try to close and restart the app. Closing the app should flush away any bad data that’s keeping the app from working properly.

Have you reached the active streaming limit?

If you share the account with other family members or roommates, there is a chance you have reached the limit of active simultaneous streams. The amount of devices that can stream simultaneously varies depending on your plan. The Basic plan allows only one device to operate at a time, but this number can go up to two devices for the Standard plan, or four devices for the Premium one.

Sadly, there isn’t much you can do about this, other than wait for others to stop watching Netflix, which could take hours. You can also message them and ask them to get out!

Also, consider the probability that the account owner (if it’s not you) may have changed the password. If this is the case, ask for the new one.

This trusted troubleshooting method seems to work like magic. It’s been known to fix many issues and is one of the first fixes you should try when Netflix is not working on iPhone 13. Restart the device and see if Netflix is back up and running. This can usually be done by pressing and holding the Side button and either of the volume buttons. Drag the power off slider from left to right to turn off your iPhone.

Running slightly older versions of an app is usually not a problem, but you can encounter problems from time to time. This is especially the case with more extensive upgrades that include significant server-side changes. Check if there are any Netflix app updates available.

Likewise, running an older version of iOS may also be why Netflix is not working on iPhone 13. This is a common issue if you’re running a significantly outdated software version. Check if there are any updates to your device.

Is your internet working?

Netflix not working on iPhone 13 could be due to your internet connection having problems. Let’s start with speed: how fast is your internet? Netflix recommends at least 1Mbps to operate, but that’s for standard definition, and we’re sure those speeds will still have you struggling to stream a video appropriately. We’d say a more reasonable rate is 5Mbps, which is Netflix’s recommended speed for 1080p content. Those trying to stream in 4K will need 15Mbps.

Also, make sure your internet is working overall. Try testing other internet-hungry apps and see if you can navigate them without issues. You can also do something as simple as opening the browser and searching for anything on Google. Or check if another device in your network is working. If nothing else is connected to the internet, you have found the culprit.

If you’re using a Wi-Fi connection, try restarting the router. There’s often a dedicated button for this, but unplugging the router and plugging it back in works too.

If you’re using cellular data, you might want to see if your data connection is on:

Is the network blocking Netflix?

If you’re using a public network or someone’s Wi-Fi, there is a chance Netflix not working on iPhone 13 is due to a network blockage. Administrators often disable access to streaming services. This is especially the case in libraries and schools, for example. Maybe worried parents don’t want their kids watching Netflix movies!

Whatever the case, your only solution is to ask the network administrator if he can lift the ban on Netflix. Either that or use your mobile data.

Netflix is supported in over 190 countries, and it now seems like there’s nowhere in the world where you can’t enjoy the streaming service, but there are some countries where Netflix is still not available. They are very few: China, Crimea, North Korea, Russia, and Syria.

Also, some people use VPNs while traveling, or for security reasons. Geo-restricted services tend to dislike virtual private networks, and they often block their services to those trying to mask their location with one. If you have a VPN, turn it off and try to use Netflix again.

Finally, if all else fails, it might be possible to solve your problem by uninstalling the Netflix app and reinstalling it. This may eliminate any glitchy software that was interfering with your ability to use the app. Remember that you’ll need to sign in again using your account credentials.

You’ll often get extraneous error codes from Netflix, and figuring out what these mean may be challenging. Let’s take a look at some of the most common ones.

“There was an unexpected error”: This is a typical Netflix error message, and it usually means some browser information may be old or corrupted, and needs to be refreshed.
Solution: Refresh the page, clear the cache, or restart the browser.
Error code 11800: Device info may be having problems, be outdated, or corrupted.
Solution: Restart the device.
Error code 10023-10008: Netflix is having trouble with network issues. It often happens when a network restricts access to Netflix.
Solution: Change Wi-Fi networks or use data.
Error code F7111-5059: Netflix has identified a VPN in use.
Solution: Turn your VPN off.
Error code 10013: Netflix has identified a VPN in use while downloading content.
Solution: Turn your VPN off.
Error code M7111-1331: Netflix video page link may no longer work.
Solution: Search for the video on Netflix.com instead. The movie or show may no longer be available.
Error code (AVF:11800;OS:42800;): Your downloaded video has become corrupted or came upon an error.
Solution: Redownload the movie or show.
Error code NW 2-5: Signals connectivity issues.
Solution: Check that your Wi-Fi or data connection is working correctly.
Error code H7361-1253-80070006: This means you’re running an old version of your software.
Solution: Update your browser.
Error code 1004: This very common code usually signals a network issue.
Solution: Make sure your Wi-Fi or data connection is working correctly.

Is Netflix available everywhere?
While Netflix is available almost everywhere, there are some unsupported countries. These include China, Crimea, North Korea, Russia, and Syria.

Is all Netflix content available in every market?
While Netflix is available in most of the world, not all of its content is. Available movies and shows change from market to market, primarily due to licensing deals and local interest.

Does Netflix like it when I use a VPN?
Netflix doesn’t like it when you use VPNs, mainly because they don’t have a license to stream certain content in all countries. Netflix actively tries to block VPN services, which could be a reason for Netflix not working on iPhone 13.

Can I stream Netflix on as many screens as I want?
Netflix has screen limits for its accounts. The Basic plan allows for only one stream at a time. The Standard plan makes it possible to watch on two screens. Netflix Premium enables you to stream on four displays at once. 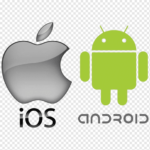