You are here: Home / Featured / 8 of The Best iPhone 13 Hidden Features You Didn’t Know 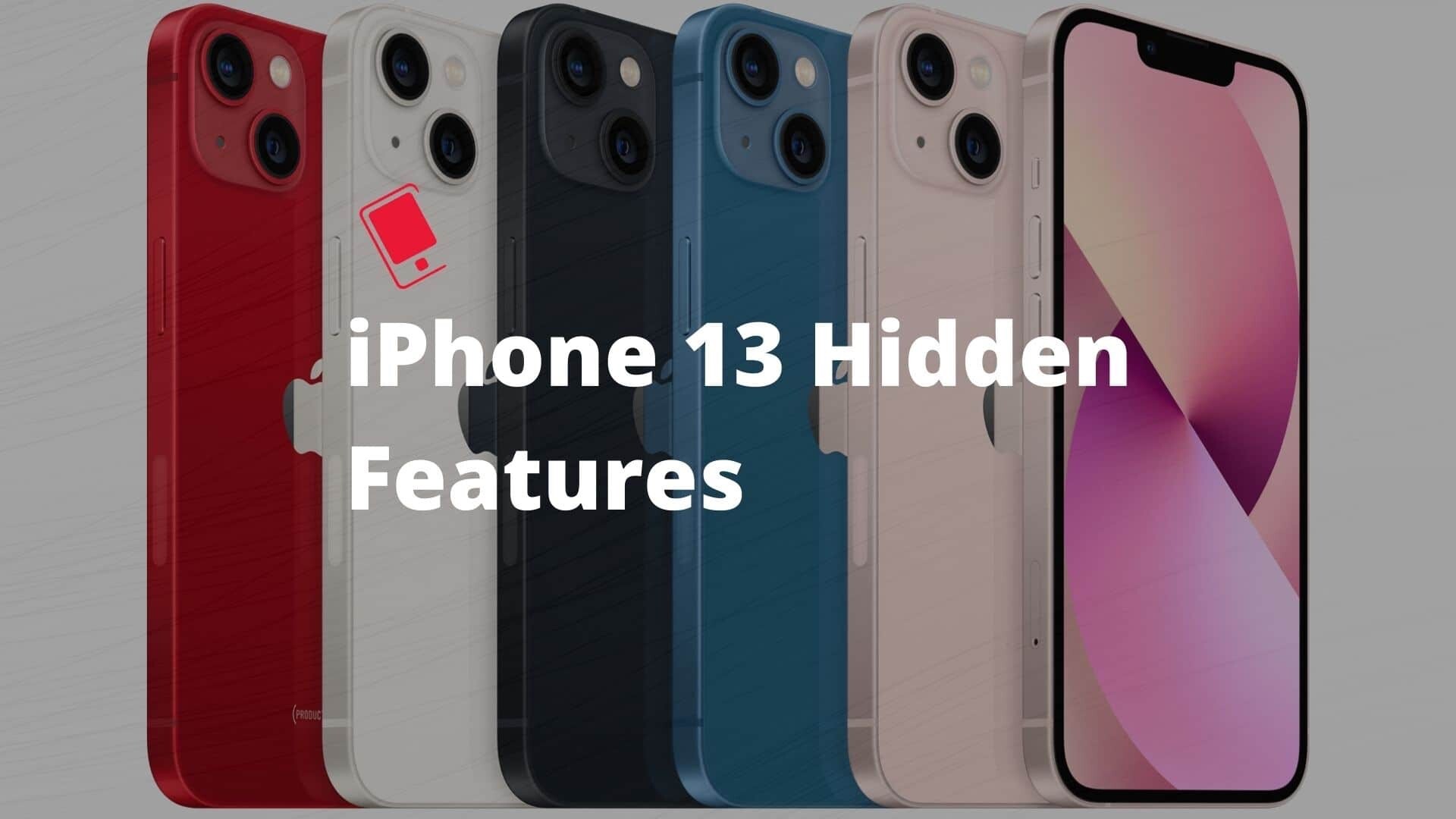 If you just purchased a new iPhone 13, there are quite a number of hidden features to take advantage off that’ll help make using your device that bit more convenient.

The iPhone 13 lineup wasn’t that big of an upgrade from the iPhone 12. Both devices look basically the same on the outside, with the exception of a smaller notch and a different camera layout on the back. Still, that doesn’t mean Apple didn’t add anything new to the 2021 iPhone. There are a lot of hidden iPhone 13 features that you won’t find anywhere else.

Here are the best iPhone 13 hidden features everyone should know:

The biggest differences in the iPhone 13 are in the camera department, and a great example is the new Photographic Styles. This feature lets you add a new layer of customization to your photos. No, it’s not a filter. Instead, applying a Photographic Style to your pictures changes how the Camera app captures photos. You don’t just change the filter; you change the way the whole picture is taken.
There are four different preset styles to choose from—Rich Contrast, Vibrant, Warm, and Cool—and you can further edit the picture you take by adjusting the tone and warmth.
Weirdly enough, this seems to be more of a software feature than a hardware one, but Apple apparently couldn’t add these features to older iPhone models because of the technology behind it.

This was a feature that a lot of us were asking for, and Apple finally delivered with the iPhone 13 Pro lineup.
For the first time in an iPhone, you can use ProMotion, a feature that automatically adjusts the display’s refresh rate between 60 and 120Hz. That way, you get 120Hz, butter-smooth animations when you’re using your iPhone and a 60Hz refresh rate other times to preserve the battery.
Granted, not every iPhone 13 has this feature since it’s a Pro-exclusive feature. Still, it’s something never seen before on an iPhone—and it was about time.

Another cool feature for people whole love recording videos with their iPhone camera is Cinematic Mode. Cinematic mode lets the iPhone 13 record videos with a shallow depth of field and smooth transitions between changing faces. Likewise, you also get a bunch of other options to add different effects and changes to the foreground and background of your shot.
What’s great is that you can also edit all of this from your iPhone and add other editing touches, like focus transitions, to give your videos a super professional look.

Recording in 4K isn’t anything new for the iPhone or other smartphones, for that matter. Previous iPhone models could record video in 4K, and you could even edit it right on your iPhone without any issues. Now, Apple took it one step further.
The iPhone 13 lineup is the first one that can record in 4K at 60 frames per second, or fps, whereas older iPhones could only record in 4K at 30fps.
Sure, it might not seem like much, but this is a big deal for video enthusiasts, especially when you combine it with Cinematic mode.

As we mentioned, a lot of the new things the iPhone 13 has are in its camera system and that includes a feature called Macro Mode.
As you can probably guess by the name, this feature lets you take Macro pictures with your iPhone. You don’t need any extra equipment other than your iPhone 13 cameras.
Granted, Macro mode had a rough start on iPhone 13, mostly because there was no way to turn it off at first. But now that you can use with whenever you want, Macro mode is perfect for taking pictures with an insane amount of detail.

I know what you’re thinking, and yes, the iPhone 12 and iPhone 11 already had the Night mode feature. What’s different now, however, is that the iPhone 13 is the first one that supports Night mode in its Telephoto camera.
Night mode is a feature that lets your iPhone take better pictures in low-light situations. That means you’ll get brighter pictures even if there isn’t much light.
The iPhone 13 now can use Night mode to take better pictures no matter how dark the object is or which camera lens you use. Combine that with the improvements in the iPhone 13 cameras, and you’ll get some awesome shots, whether it’s day or night. With the help of Smart HDR 4—which is also an iPhone 13-exclusive feature, by the way— this will help improve the color, contrast, and lighting of your photos.

Okay, this might not be everyone’s favorite new feature, but the iPhone 13 lineup is the first one to support two active eSIMs. In case you didn’t know, eSIMs are digital SIM cards that you can have without using a physical nano-SIM.
You probably think older iPhone models could have an eSIM, and you’d be right. In the past, the iPhone XS all the way to the iPhone 12 could have a physical nano-SIM and an eSIM. But the iPhone 13 lineup is the first one capable of having two eSIMs simultaneously or a nano-SIM and an eSIM.

Apple’s sensor-shift camera stabilization was first introduced in the iPhone 12 Pro Max in 2020, so it isn’t anything exclusive to the Pro Max models. However, Apple decided to add this feature across all iPhone 13 models, making the camera models even better in the 2021 iPhone lineup.
Sensor-shift stabilization is an iPhone feature that helps you keep your camera stabilized in different situations. This helps keep your shots as steady as possible, no matter how much you move.

And that covers everything about the best iPhone 13 hidden features everyone should try. Have we missed some cool iPhone 13 features here? let us know in the comments box below.